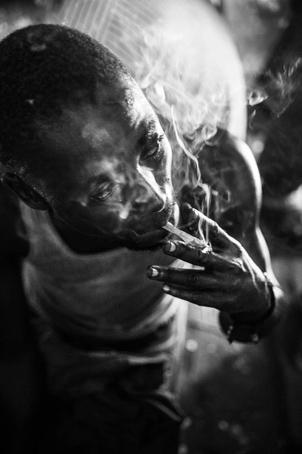 Whilst in Dar es Salaam working on an assignment I visited some heroin dens where users group together to either smoke or inject. 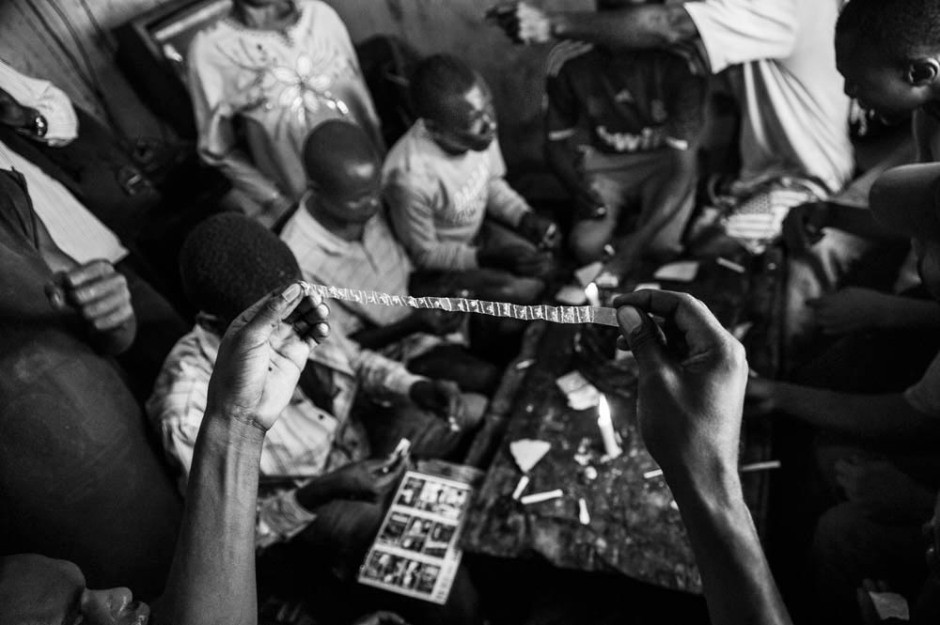 In a drug den in Dar es Salaam, plastic pockets of heroin fresh from South Asia are held up and counted by a dealer.

Heroin is the cheaper drug on offer. In East Africa it averages at around USD 2 per ‘hit’ of white crest (a crystalline powdered form of heroine). The ‘smokers’ who generally separate themselves from the ‘injectors’ will typically use the drug at least 3 times per day. 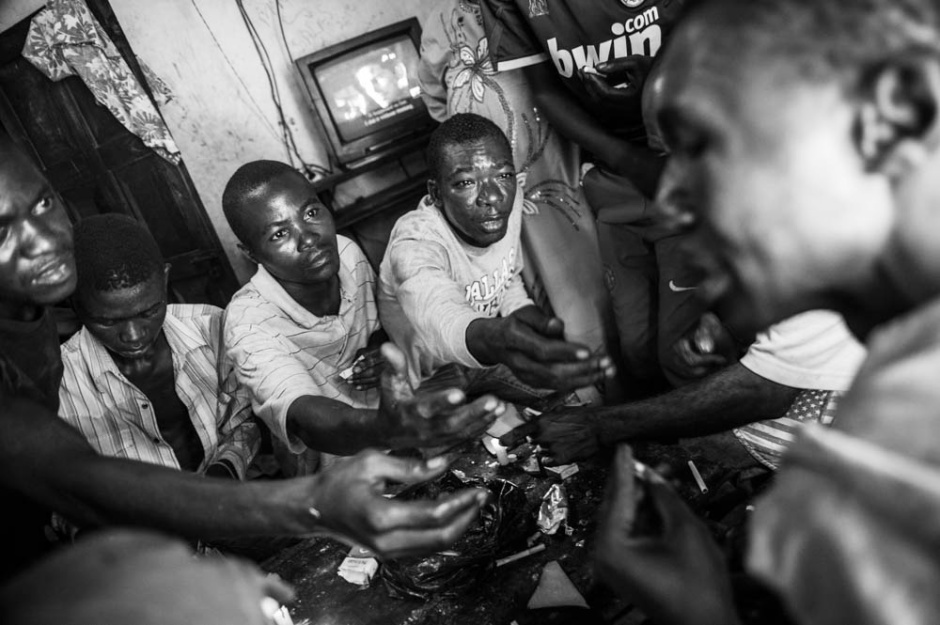 For the first hit of the day, the dealer (foreground) cuts off segments for paying clients. Each user pays up to USD 2 per segment of heroin and will typically smoke a drug cocktail at least 3 times per day. 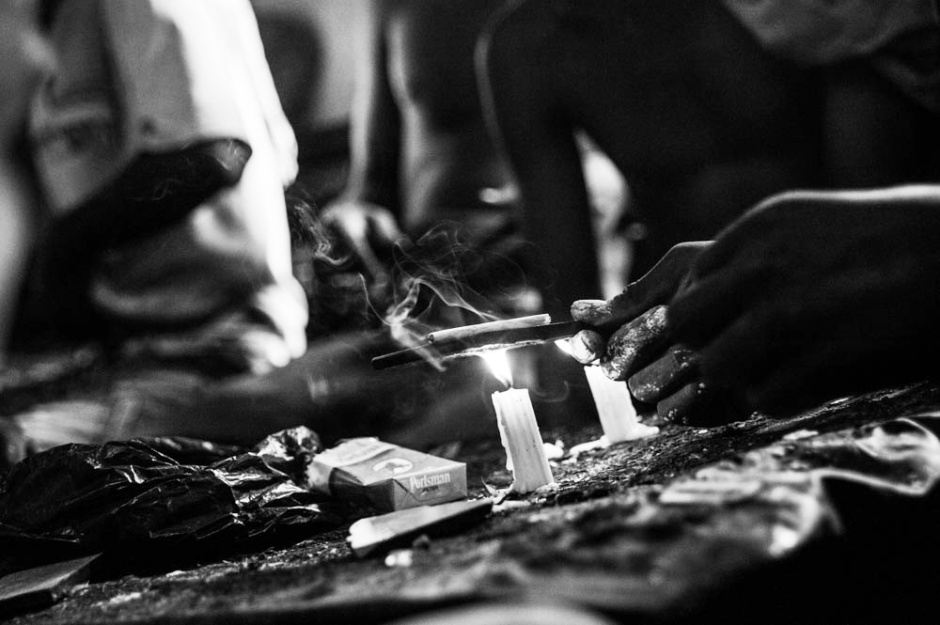 The heroin is mixed with tobacco and marijuana to form a ‘Kokteli’. It is cooked over a flame in the final stages of preparation.

For many, sex work is a way affording the drug whilst a growing number have taken to petty crime. Estimates of how many drug users there are vary but some pointed at Dar es Salaam are as high as 50,000 drug users. 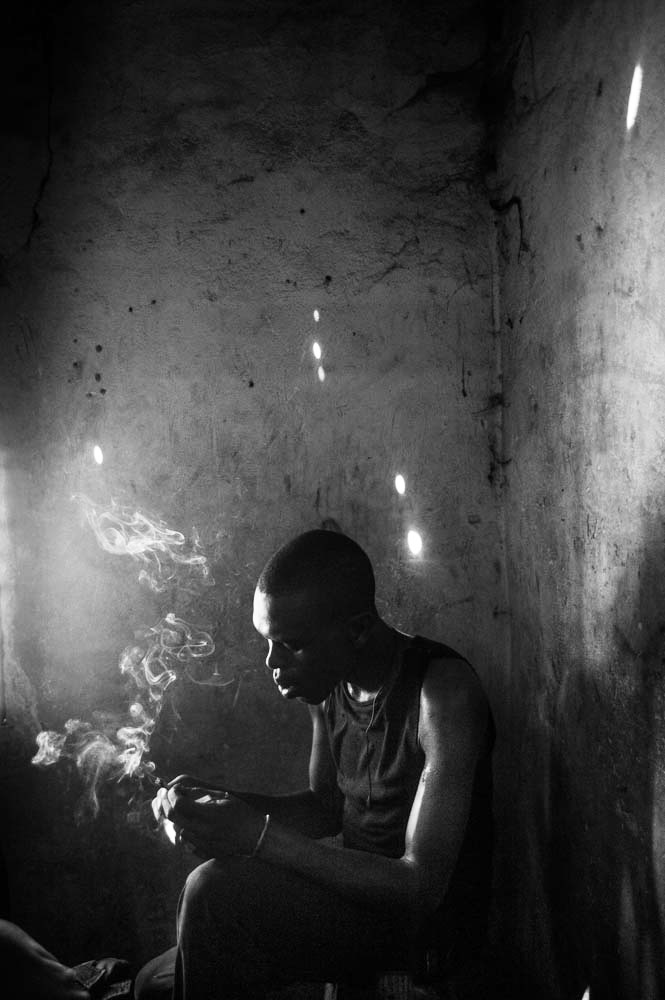 The smokers are separate from the injectors and seem to congregate in different group areas around the city. The risks that the smokers will move onto injecting are high.

A few International and local harm reduction programmes are working to mitigate the spread of HIV, Hepatitis C and Tuberculosis. But whilst their role is critical their reach is indeed limited.

The grandchild of the dealer looks up as a drug user impulsively demonstrates how to inject using an empty and sterilised needle donated by a local NGO.