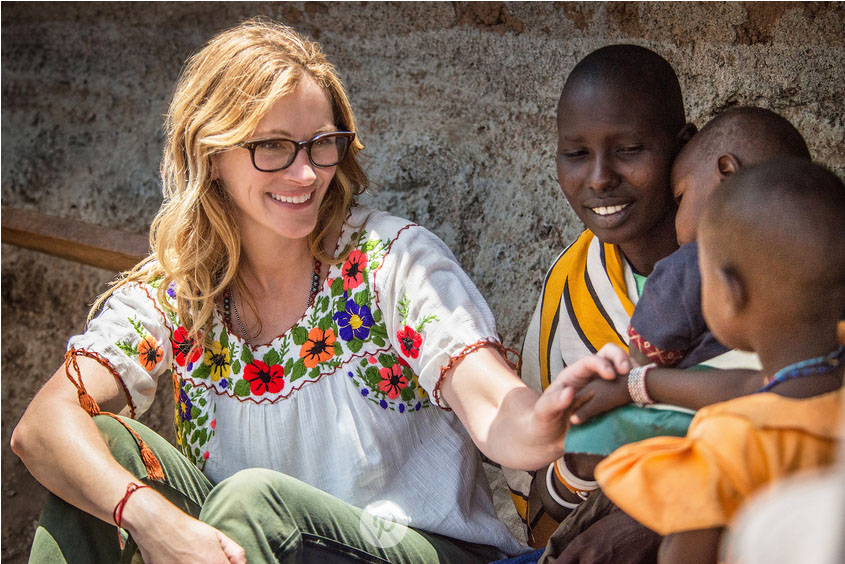 Julia Roberts traveled to Kenya with Richard Curtis and the Comic Relief team, later to meet up with Bear Grylls in Northern Kenya. We spent a day in Kibera one of Kenya’s largest informal settlements where Julia met with Kibera residents.

The population size of Kibera has varying estimates between 170,070 (2009 Kenya Population and Housing Census) and 2.5million (www.kibera.org). Realistically, it would probably be somewhere in between these numbers, and undisputedly, it’s a lot of people living in a small acreage of Kenya’s capital.

Life in Kibera is colourful. It has tonnes of small restaurants, shops, a gym, a ballet studio, artists studios, a radio station and lots more. Life is also undeniably hard for many, as with any slum, there are dangers, high unemployment rates and abject poverty.

My assignment was for Red Nose Day USA and Comic Relief. This year, the charity, raised – $38,172,178 and counting. The money gets distributed to hundreds of projects around the USA and Africa. 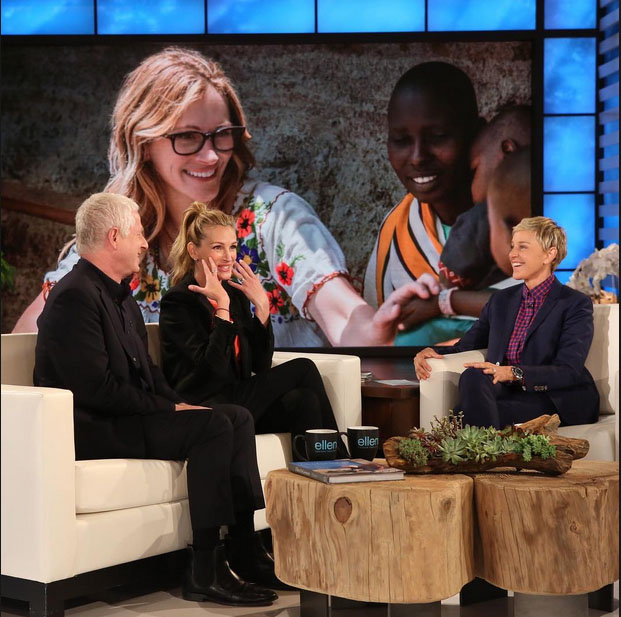