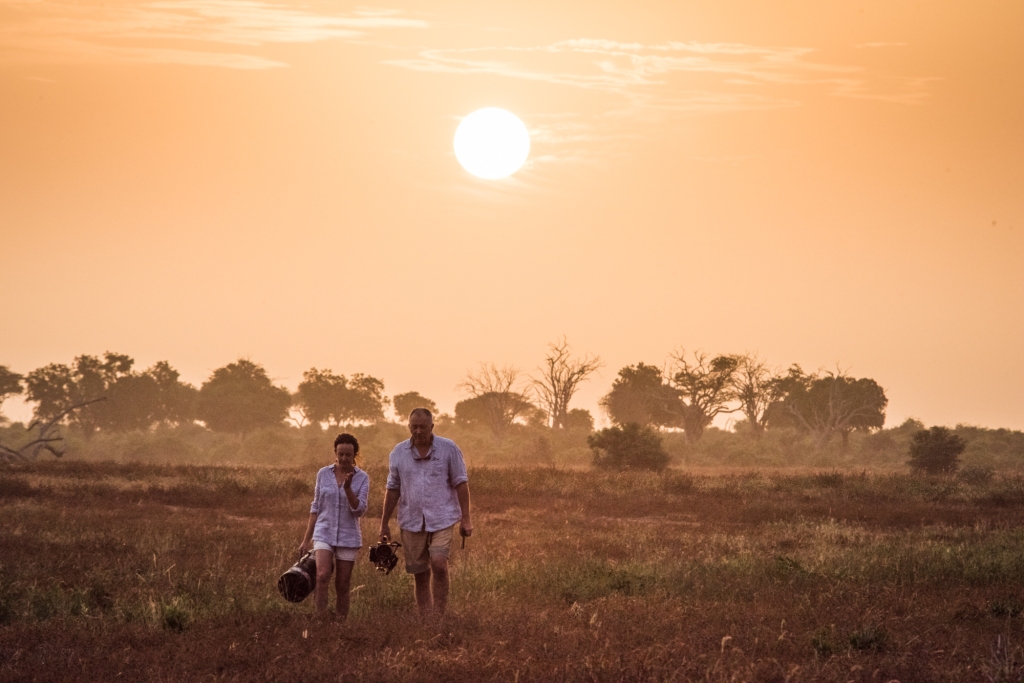 I was honored to be asked to photograph stills behind the scenes of Apples newly released film The Elephant Queen. My job primarily was to photograph the award winning filmmakers Victoria Stone and Mark Deeble in action, filming in Tsavo East National Park in Kenya.

The Elephant Queen is an epic tale from the African bush with the lead character named Athena; a 50-year-old elephant matriarch. The smaller creatures such as dung beetles, egyptian geese, foam frogs and many more are threaded into an adventure of symbiosis, survival and connection.

As I spent time in the bush photographing Deeble and Stone at work it became clear that these were not just two filmmakers but devoted and impassioned conservationists. Their knowledge of Tsavo’s natural world is extraordinary and their expertise is woven into the fabric of the narrative.

Deeble and Stone spent 4 years with a committed team filming in the Kenyan bush. They lived and edited in tents, ate beans and rice 2x a day for years and were so immersed in the wild that sometimes their very own cast, Athena and co. would join them in camp.

It’s a necessary and beautiful film. The cinematography is extraordinary and the story remarkable.

You can watch it here: https://tv.apple.com/us/movie/the-elephant-queen/umc.cmc.1ybrwww83rknjtwiuuemjfbvq

Recently featured in The Times:

iThere are no comments