In March this year, I photographed sex workers being tested for the HIV virus in Dar es Salaam. 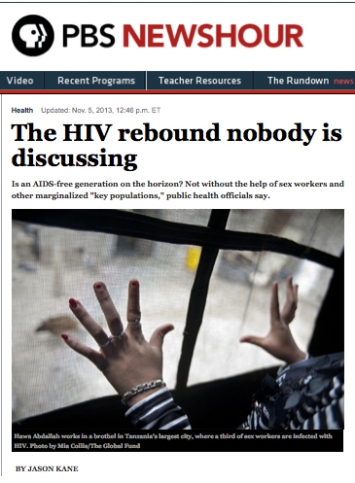 The assignment was for The Global Fund to Fight Aids Tuberculosis and Malaria. An HIV testing tent had been set up deep with in an area of the city where the sex worker industry is vibrant. The testing area consisted of a growing line of people, mostly women, some men and a few clients. All of them were coming to know their status. The ‘testing’ tent was a private area that consisted of a counselor and an HIV test kit.

The test takes no longer than 15 minutes and involves a prick on the finger to collect a blood sample which then seeps into an indicator that shows negative or positive. I followed Sex worker Hawa Abdallah into the tent. With respect to Hawa’s wishes I didn’t photograph her face but was permitted to take portraits of her hands. Jason Kane from PBS Newshour writes an excellent article about Hawa and the wider issues involving the HIV epidemic today.