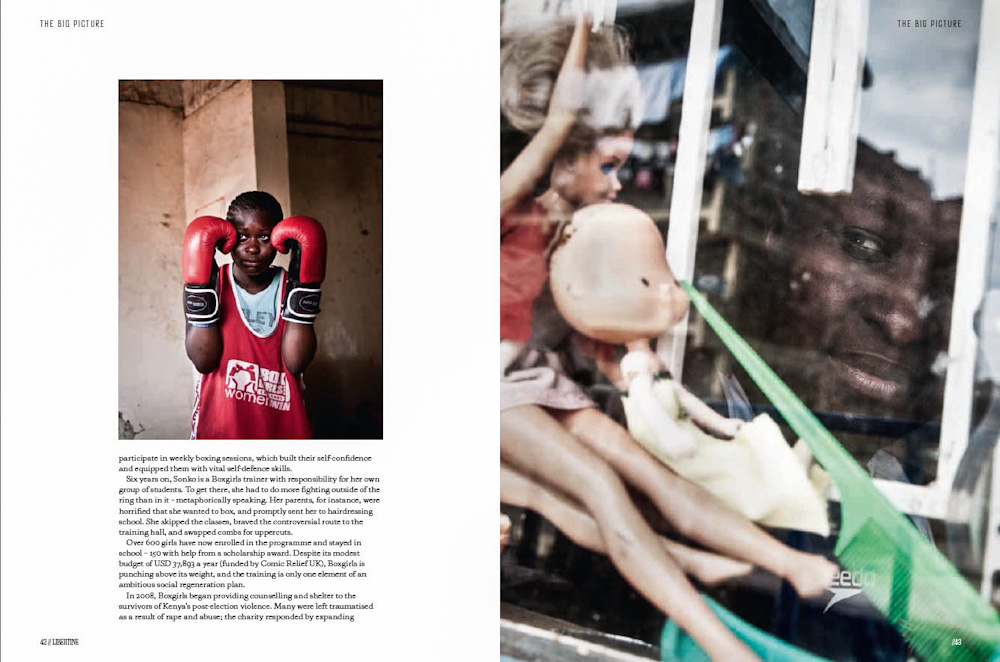 I shot an editorial piece about girls boxing in the slums of Nairobi, Kenya. The boxing academy in Kariobangi Slum began with 19 girls, many of whom had been abused in the post election violence in 2008. Now at the end of 2013, the academy trains over 650 girls.

The academy put Elizabeth Andiego through to the London Olympics in 2012 and basks in the glory of Sarah Achieng the best professional female boxer in East Africa.

Alfred Analo – affectionately known as ‘Priest’ (pictured in the background above) set up the Boxgirls programme, not just to breed champions but to give girls the confidence they need mentally and physically to deal with a hard life in the slums.

Jane Atieno ‘Sonko’ pictures above right, looks out through the window of her home that she shares with her 2 sisters.
The stereotypical ‘role’ expected of a girl or woman in Kenya is to cook, clean and bear children. When Sonko first asked her parents if she could box, they refused angrily, and sent her to a hairdressing college instead. Sonko, secretly went to train at Boxgirls. 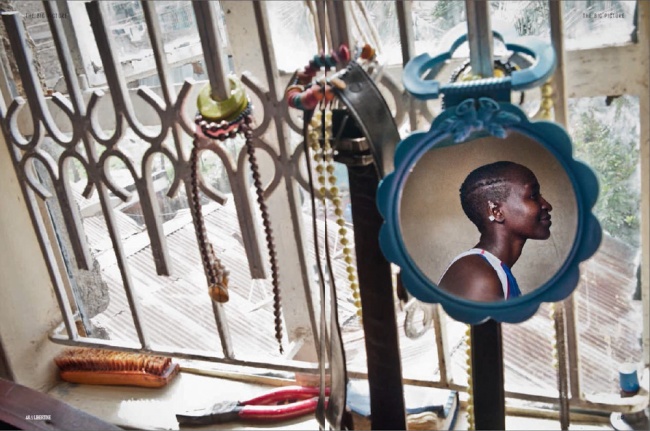 Sonko, was as a shy and introverted 17 year old when she was spotted by ‘Priest’. Priest said he could see a champion in her and invited her to join Boxgirls.  Here she stands in her bedroom in Kariobangi after a training session.

Now at 23, Sonko plays a leadership role at boxgirls, mentoring the younger girls and training to be a professional boxer.

An in depth photo story can be seen on my website here.

And below the Novus Select Blog..