Portrait of Women battling drug addiction in Dar es Salaam. The Woman pictured above is an injecting drug user and also a sex worker. Last year I traveled to Dar Es Salaam in Tanzania to photograph the devastating effect the heroin trade is having on the local populations (this will be shown in coming chapters). Previously I had visited drug dens in various areas of the city, but it became apparent that the majority of my documentation only involved men. Where were the women? I questioned, whether women perhaps didn’t use drugs in the same way. Serendipitously, I made contact with an international NGO named Medicins Du Monde (Doctors of the World) who work with drug users in Dar Es Salaam. They affirmed that there were in fact many female drug users and they were reaching out to them in a separate programme. Many women face too much stigma in their community as drug users and more than often, sex work goes hand in hand. Working and taking drugs from the privacy of their homes would hide them from humiliation and abuse. Others simply lived too far from MDM’s drop in centre which offers daily help to drug users. MDM therefore devised a programme to travel to these women. I accompanied them in their outreach Tuk Tuk . This small vehicle allows the organization to travel down tiny streets in Dar es Salaams informal settlements to the doors of women drug users. Condoms, HIV counseling, clean needles and help is offered. Whilst some declined to be photographed others gave full permission to have their portraits taken.  For the women who grow to feel more empowered, MDM holds ‘women’s night’ every Wednesday at the centre. The women are able to have showers, a meal and they can also get advice from MDM’s woman legal officer with relation to abuse and Tanzania’s laws.Above all, it’s a ‘safe zone’ for women to reach out to colleagues, listen and be heard.

The MDM drop in centre in Dar Es Salaam. Women will often bring their children to Wednesday night sessions.

Dressing up on a Wednesday night. MDM drop in centre, Dar Es Salaam. 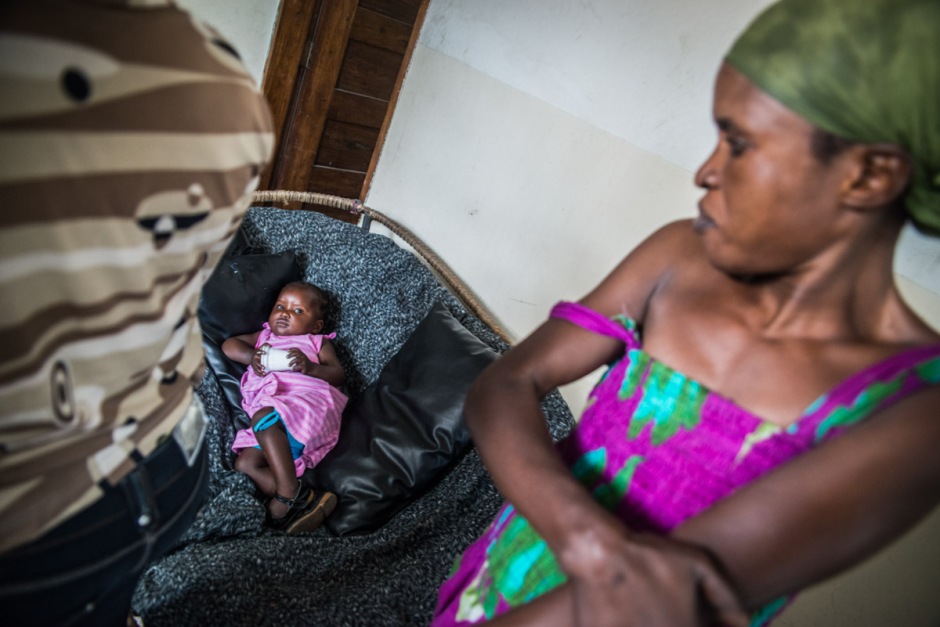 An injecting drug user brings her baby to the MDM Drop In Centre on a Wednesday night. MDM reported in 2011 that the HIV prevalence amongst women drug users was 67.7% in Temeke District Dar es Salaam.

A sex worker and drug user sits in the MDM tuktuk whilst an outreach worker councils her privately into safe sex practices using a model penis.

A sex worker, addicted to smoking ‘Kokteli’s’ a mixture of cannabis, tobacco and heroin is counseled in the MDM Tuk Tuk by Aina. 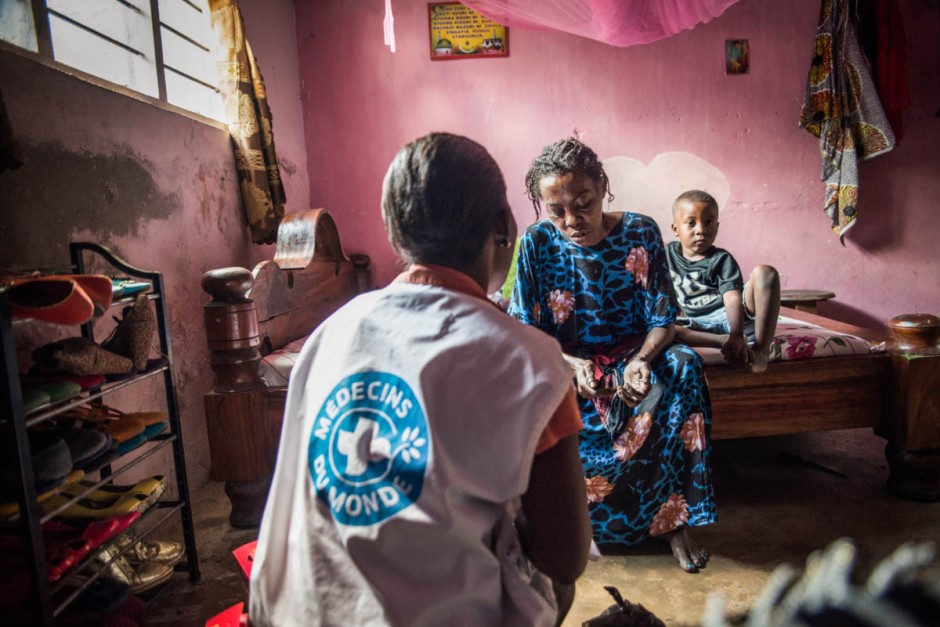 Aina, is an outreach worker with Medicins Du Monde. Her focus is on women drug users who either inject or smoke heroin. Here she councils a sex worker in her home.

Doors open the the MDM drop in centre for all women between 5 and 8 pm. They are able to pamper themselves, get hot showers, a good meal and various workshops take place which they have the choice to attend. Lina, who heads MDM’s Legal team takes a workshop on women’s rights and empowerment.

iThere are no comments